THE old docks were acquired from Lord Londonderry, and were built some seventy years ago, and the Company is now adding a new ten-acre deepwater dock and entrance, and throwing out two protective piers to shelter the approach from the sea.

The new works were commenced in the early part of 1899, and it is expected that they will be completed next summer.

In the early stages of the work considerable difficulty was experienced in enclosing and reclaiming the necessary land required for the new dock and quay space, as at that time little or no protection was afforded by the piers, they not being far enough advanced. This was, however, eventually done, and the site of the new dock deepened some twelve feet into the magnesian limestone rock by the aid of steam navvies and blasting. The walls of the new dock are constructed of concrete faced with masonry above water level, and finished off with a cope of Norwegian granite. They are 35 feet high above dock bottom level, and there will be 27 feet 6 inches of water in the dock at H.W.O.S.T.

The new entrance is constructed of concrete faced with masonry, and is 65 feet wide with a depth of water of 25 feet 6 inches on the cill. There are two pairs of gates fitted (the outer to act as storm gates) constructed of karri wood from Western Australia. They will be worked by hydraulic rams fixed in machine pits at coping level, and supplied with pressure from a hydraulic installation working at 700 lbs. per square inch.    Two five-ton capstans are also fitted at the entrance.

A system of gravity coal staiths is being fixed along the west side of the new dock, so arranged that the full coal wagons will run down by gravity from the storage sidings, pass over the spouts, and the empty wagons will pass away to low level sidings. It is anticipated that some two million tons of coal will be annually dealt with in this dock.

The protective piers are 1,383 feet and 878 feet long on respectively the North and South sides. They are built up of concrete blocks weighing up to 28 tons and faced with masonry. These blocks are formed in moulds in the block-yard, allowed to harden for some six weeks, and then set in position by a Titan Crane capable of dealing with a load of 30 tons at 60 feet radius. The foundations for the piers are on rock throughout. Sand overlies this in places, and is cleared away by means of a grab and diving bell. Mass concrete put in place by divers is used to level up the surface of the rock, and the blocks are placed on this and secured to one another below low water level by means of concrete joggle bags. Above low water the blocks are set in cement mortar.

The North Pier is 25 feet and 30 feet wide on top at its inner and outer ends respectively, and the South Pier 20 feet and 25 feet. The ends will be finished with roundheads and lighthouses, with a subway running through the piers to give access in stormy weather.

The contractors for the work are Messrs. S. Pearson & Son, Ltd., of Westminster. 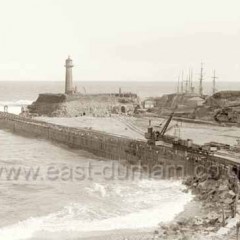 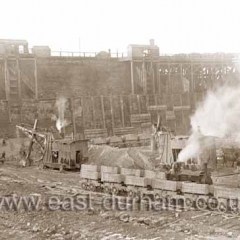 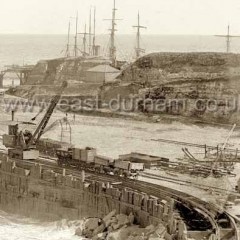 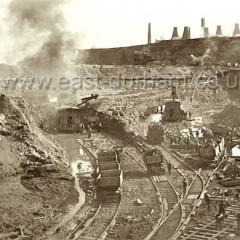 Deepening the South Dock in 1902 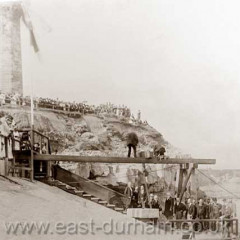 A huge crowd gathered to watch the laying of the foundation stone for the new South Dock on 26/8/1899 by Viscount Castlereagh and Michael Hicks-Beach, Chancellor of the exchequer and numerous other dignitaries.After the ceremony everyone moved to the site of the new Dawdon Colliery where the sods were cut for the two shafts. 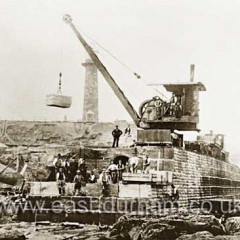 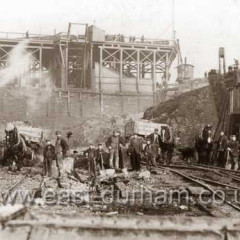 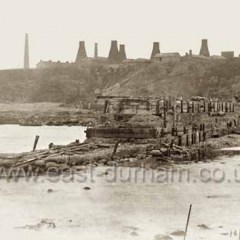 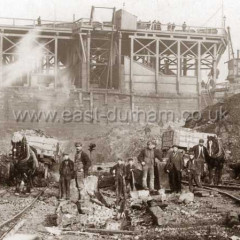 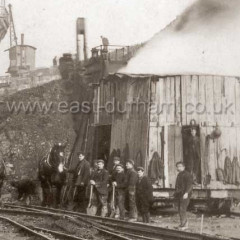 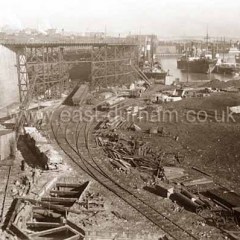 Castlereagh Extensions to South Dock in 1923. 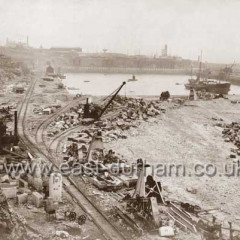 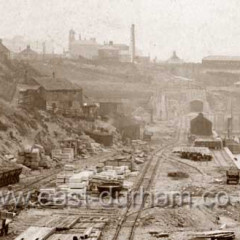 Detail from SDE 009. Photograph 7th Sept 1903.Potts Shipyard buildings to left of centre, a room in this building was used to house sailors suffering from typhoid, cholera etc before the building of the Isolation Hospital in what is now Princess Rd. Coal store top right. 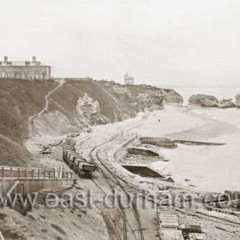 1899, at this stage sand and gravel were being taken off the Terrace Beach only (for manufacture of concrete blocks for new piers etc). Later the beach railway would be extended past the Featherbed Rock onto the North Beach. 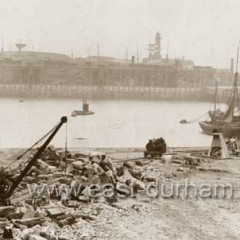 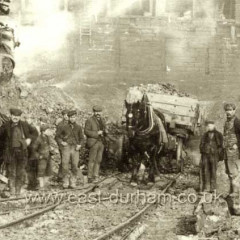 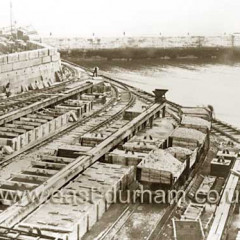 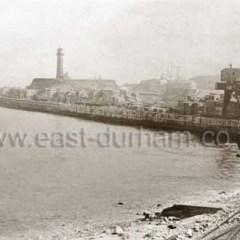 Blockyard and beach railway for new north pier construction in 1901. 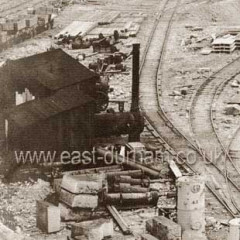 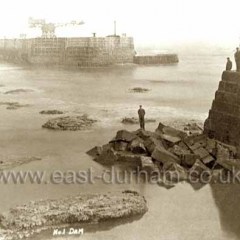 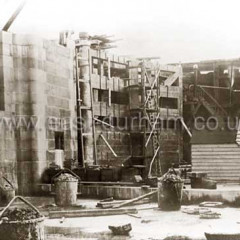 Dock entrance under construction during building of new South Dock on 27th July 1904. 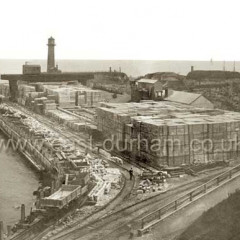 Building of the North Pier. Photograph 30th July 1901Blockyard at centre, 20 and 30 ton blocks were manufactured here for building piers. 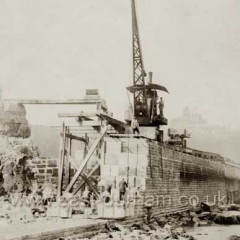 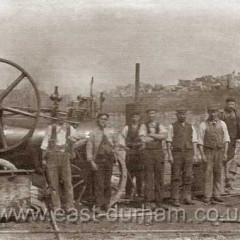 Workmen at Seaham Dock. Steam engine? at left, equipment at right looks like some sort of surveying gear. Possibly blockyard in background. Date not known.
1 2 ... 6 ►

Thanks for the visit please call again all pages from www.east-durham.co.uk
If you are interesed in Cacti please visit here www.botanica.uk.net

Copyright © 2008, David Angus, unless stated otherwise. Please do not use any material from this website without permission.
ZenteK Design